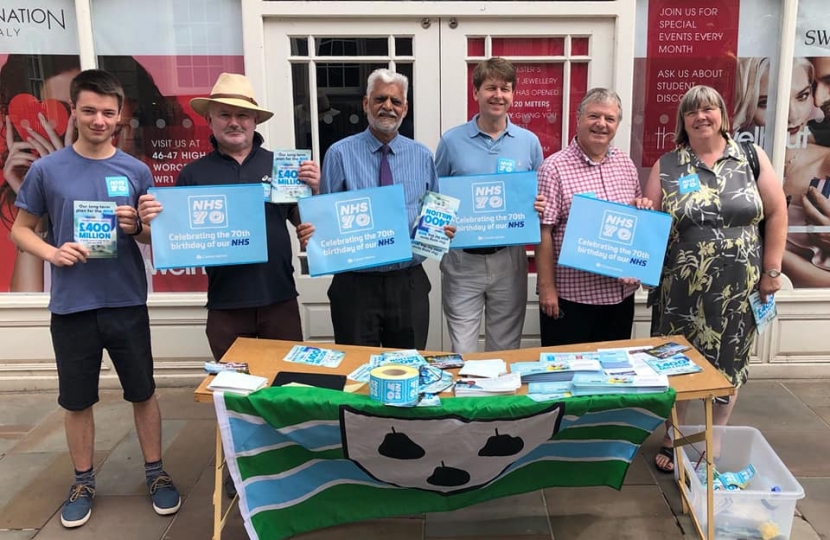 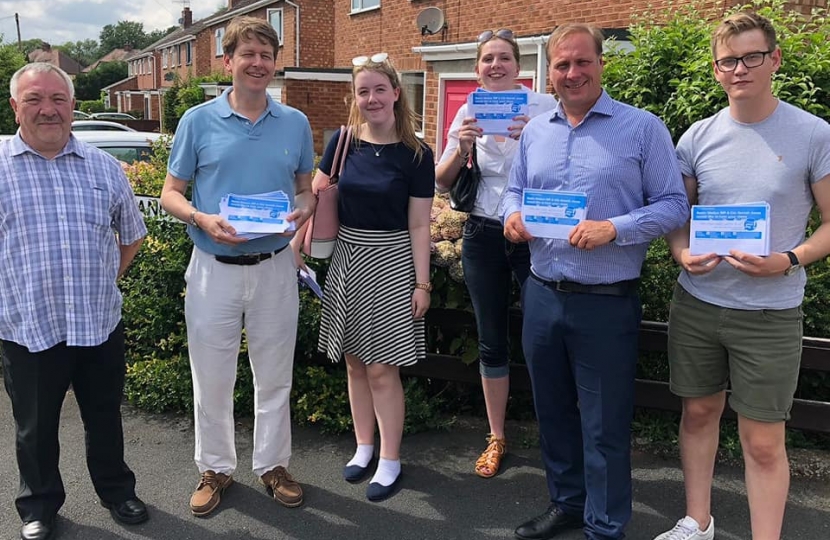 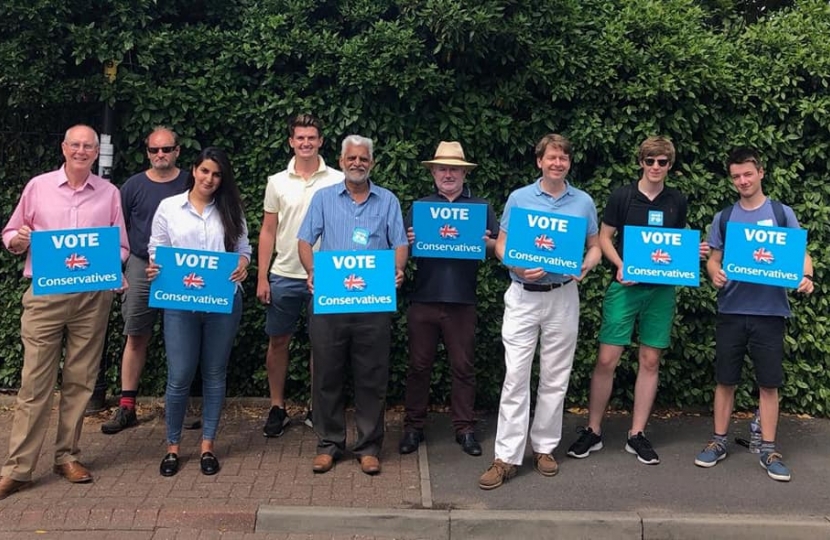 On Friday 27th July Worcester Conservatives took to the streets in high temperatures to talk to the people of Worcester.

Our Member of Parliament, County Councillors, City Councillors and activists started the day by running a street stall on Worcester High Street. We were talking to people about the Conservative Government's plans to invest nearly £400million extra a week into our NHS. We were also celebrating the 70th birthday of our NHS, which was born in 1948. The NHS now has 5 times more nurses than when it was founded, 9 times more doctors, and a budget more than 10 times bigger at over £144 billion a year.

After lunch we went campaigning across Worcester to knock on doors and talking to residents about local and national concerns. Worcester Conservatives campaign all year round, unlike Labour/Lib Dem/Green who only appear at election time. We spoke to over 1,000 people on Friday and we look forward to talking to more residents over the coming weeks.

Our Action Day saw over 20 volunteers join us over the cause of the day, we are dependant on boots on the ground and if you would like to join our campaign for Worcester, please email worcester.conservatives@outlook.com.