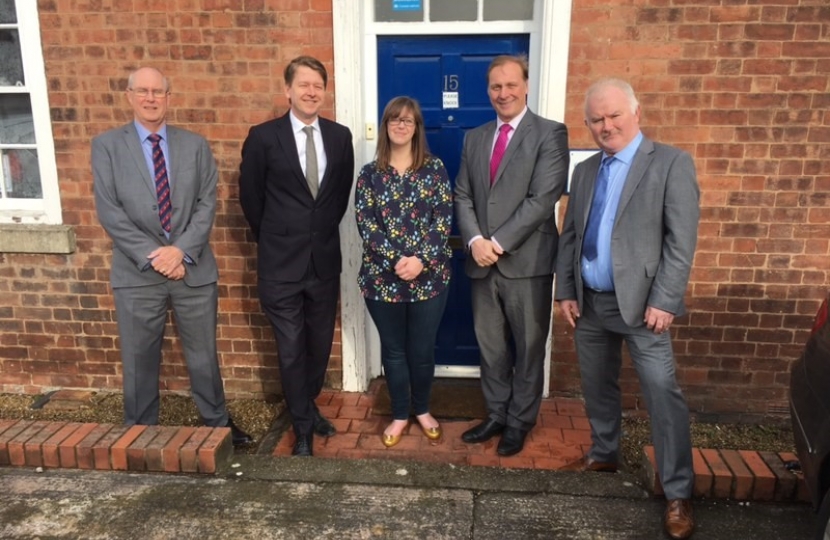 Louise said "Over recent months I have felt increasingly inhibited and restricted by the setup of the Green Party here in Worcester."

“I have found there is very little opportunity for members to make a significant contribution due to the leadership of the Worcester Green Party, and this reluctance to listen and to adopt a different way of thinking has become very frustrating.

“I got involved in local politics to make a difference and believe that this is no longer possible in the Greens, which locally do not operate as a democratic political party should.

“The scourge of anti-Semitism is also unfortunately not just an issue for the Labour Party.

"I have found anti-Semitism within the Green Party nationally and have been subjected to abuse myself online for calling out this racism within the party.”

Cllr Griffiths described local Conservative councillors as “decent, hard-working individuals” who were committed to the same things as her.

She added: "People like Cllr Roger Knight and County Cllr Steve Mackay have also been willing to put partisan politics aside and work positively with me on a number of initiatives.

“I now feel that by joining them I will be able to achieve more for the people of Battenhall than would have been the case had I stayed with the Green Party.

“I would also like to assure the residents of Battenhall that my commitment to environmental and social justice causes has not wavered, and I intend to continue to work with fellow councillors from across all parties to see these ambitions realised.”

Cllr Marc Bayliss, leader of the city council, said: “Over the last year we have all seen how hard she works as a local member for her local residents in Battenhall and how passionate she is about issues such as homelessness.

“I look forward to working with her over the coming years to address these challenges.”

Cllr Steve Mackay said: “Louise polled more votes than me in the Battenhall election last year which meant that residents there had faith in her ability.

"I'm very pleased that she has now joined our group and as county councillor, I look forward to working with her in making improvements to St Peter's division.”

Robin Walker MP said: “I’m delighted by Louise’s decision and I look forward to working with her in Battenhall to take forward local issues as well as to protect precious green spaces.”