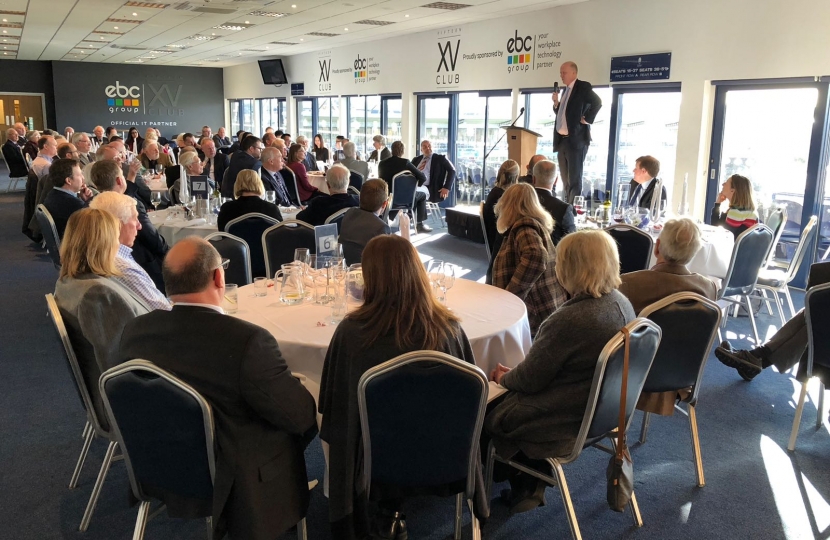 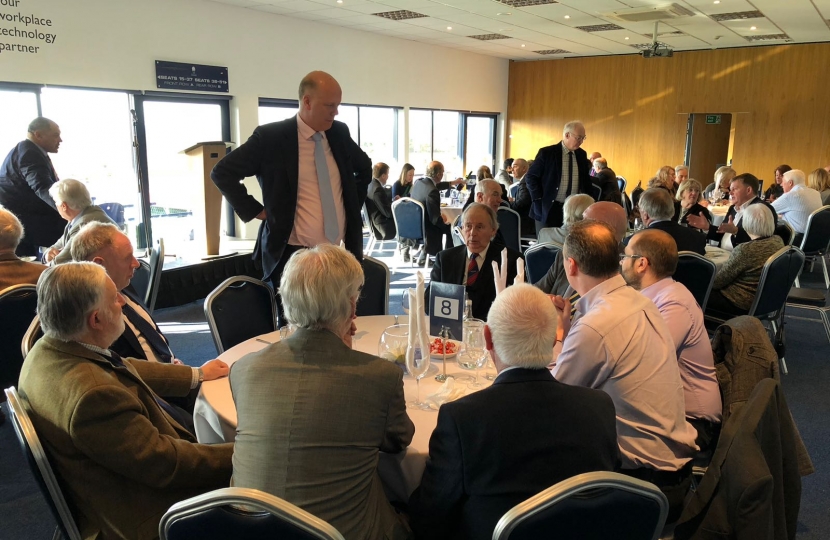 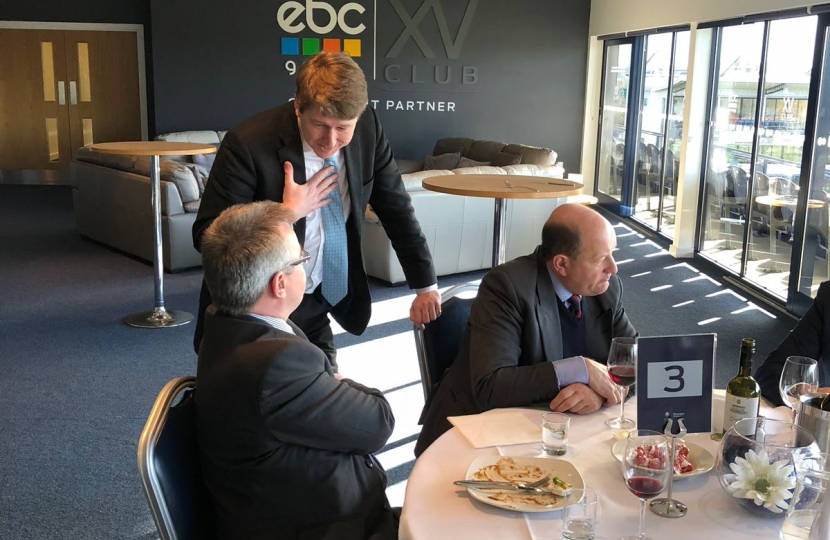 Secretary of State for Transport Chris Grayling visited Worcestershire on 18th January 2018 to talk Transport Infrastructure. The event was jointly organised with our neighbours Redditch County Conservative Association. Guests were provided with a hot buffet lunch at the home of Worcester Warriors the Sixways Stadium.

Local Members of Parliament Robin Walker (Worcester) and Rachel Maclean (Redditch) hosted the event, it was brilliant to have a strong turnout of 90 people interested in hearing the future for transport in Worcestershire.

The Secretary of State discussed the Governments Clean Growth Strategy, showing great enthusiasm for renewable energy such as hydrogen gas to fuel and power our vehicles in the future, and wants to continue our impressive record on reducing carbon emissions. The Secretary also took a series of questions from the attendees and provided the room with optimism and confidence.

Robin Walker MP for Worcester said “I am delighted to have had the chance to welcome the Transport Secretary to Worcester, to thank him for these crucial investments and to speak to him about the importance of our county’s infrastructure. In recent months we’ve seen crucial investment to reduce congestion in Worcester and alongside the delivery of the long awaited Worcestershire parkway this will make a huge difference to local residents. It is notable that the one area where I am currently finding the transport system completely unresponsive and had to raise some serious concerns was with the handling of closures on the M5 by Highways England, which happens to be a nationalised company.”

Worcester Conservative Association would like to thank all that attended the lunch.